'The most beautiful pier in England' - John Betjeman

Go down Hill Road towards the coast and you will come to the iconic Clevedon Pier – the only Grade 1 listed pier in the country and the jewel of Clevedon’s crown.

The pier through time

Though a pier had existed in some form or another at Clevedon since the 1830s, a formal scheme to build the current pier was adopted at a town hall meeting in 1866, and it was opened to great fanfare in 1869. Built of leftover Barlow iron from Brunel’s South Wales railway, the abutment was designed by Hans Price, the architect responsible for much of Weston-super-Mare.

The pier served as a transfer point for steamers heading to Wales until the 1890s. Further improvements included the addition of the pagodas in 1894, and a dance hall in 1913. Though interest in the pier declined in the post-WWII period, it became popular again with the onset of rock and roll in the 1950s and early sixties.

In 1970, two end spans collapsed into the sea under load testing. By 1979, the local council voted to demolish, but a preservation effort in 1980 helped to revive conservation efforts, bolstered by poet laureate Sir John Betjeman's proclamation that it was ‘the most beautiful pier in England’. The restoration efforts succeeded, with restoration taking place on and off until 1998.

The pier in film and TV

Since its restoration, the pier has provided an expansive backdrop for a number of film and entertainment projects, including works for TV shows like Eastenders, Coast, River Monsters and Casualty.

In film, a scene from the 2010 film adaptation of Kazuo Ishiguro’s novel Never Let Me Go, starring Carey Mulligan, Andrew Garﬁeld and Keira Knightley, was ﬁlmed on the Pier and used in the ﬁlm poster. 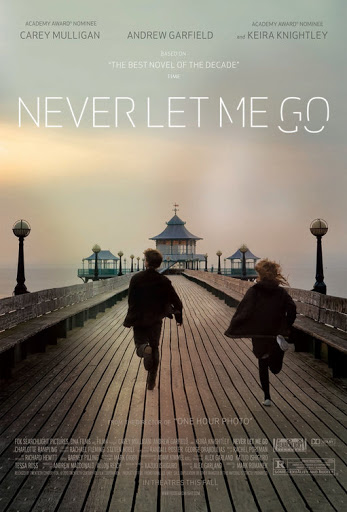 One Direction's 'You and I'

The pier became part of pop culture history when in March 2014, under strict secrecy and security, boyband One Direction helicoptered into Clevedon to ﬁlm the video of “You and I”. Rumours of the shoot spread like viral wildﬁre on social media, as fans flocked to the pier to get a glimpse of the pop sensation.