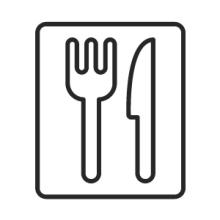 On 1 October 2018, new regulations on the breeding and selling of puppies in England came into force.  Anyone who breeds and sells dogs for commercial gain is now classed as a business and needs to have a licence. This is because the law now recognises it as a profit-making enterprise, regardless of the number of litters.

Our Trading Standards Service has a duty to ensure a level playing field for all licensed dog breeders in the area. Ensure that online sales are also subject to the same strict licensing criteria, to safeguard the health and wellbeing of the animals.

Our role is to secure and maintain compliance, ensuring that the appropriate standards are achieved. Overtime, there has been a significant increase in puppies sourced from ‘puppy farms’ or imported from outside the UK.

The regulations strengthen the “business test” and state that a licence is needed if there is any commercial selling of puppies.

If you make more than £1,000 income on the sale of puppies, it does not mean that you will be classified as a business or need a breeder’s licence. It is dependent on the cost incurred in raising a litter against any income made from selling the puppies. E.g., considering:

There is a star-rating system which will see licensed breeders receiving a rating from one to five stars based on two factors:

It is a criminal offence to carry out a licensable activity without the necessary licence.

North Somerset District Council may grant a licence for a period of one, two or three years as part of the star-rated licensing model. For example, a breeder who has a five-star rating would be issued a three-year licence. A lower star-rating means breeders will be inspected more often and pay a higher licence fee.