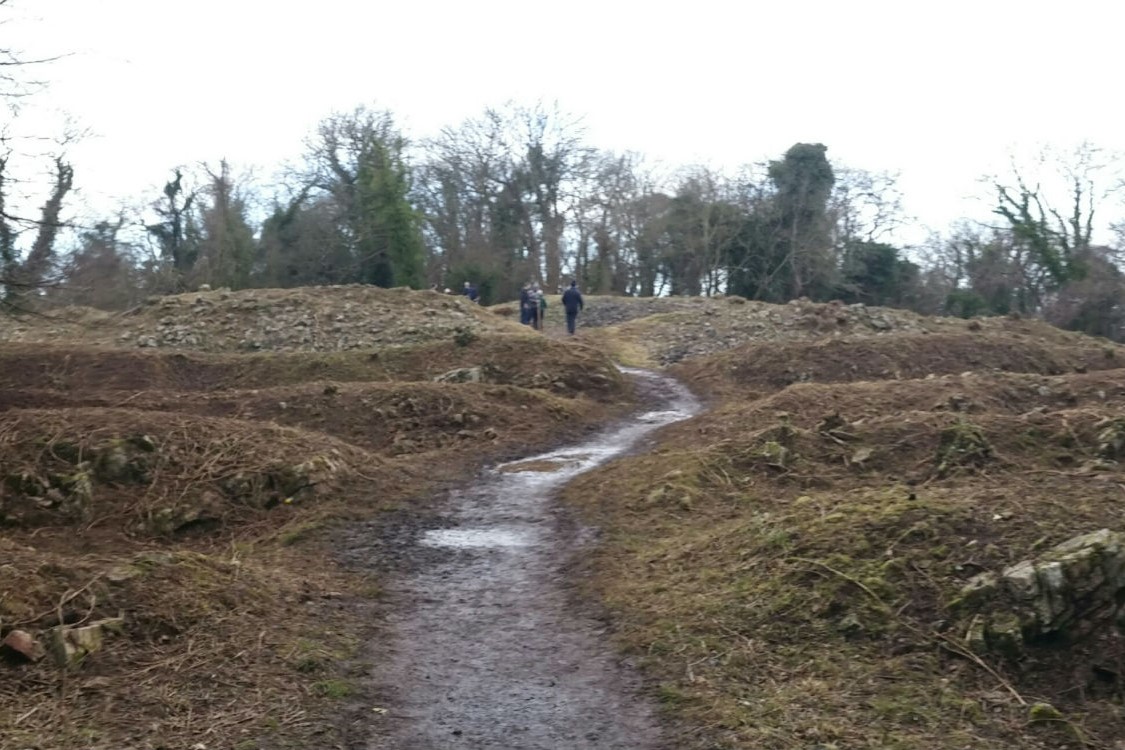 The proposals to preserve Weston-super-Mare's iron age hillfort have taken a step forward this week with North Somerset Council's application to the National Lottery Heritage Fund.

The submission seeks a grant of £250,000 to enable the council to implement the hillfort conservation management plan later this year.

This project is an exciting opportunity to study the finds made during excavations in the 19th century by antiquarians, which would not be achievable without significant funding.

For the first time, these finds will be subjected to specialist archaeological analysis using modern scientific techniques. This will help develop a better understanding of the hillfort and those who lived in the area in prehistory and beyond.

The information gathered during these investigations will be shared on new interpretation boards at the hillfort and in a publication to enable more people to understand the site's significance.

Cllr Mike Solomon, North Somerset Council's Executive Member for Neighbourhoods and Community Services said: "We desperately need the National Lottery Heritage Fund to enable us to preserve this nationally-significant scheduled monument and to tell its story as it deserves to be told.

People could be forgiven for walking in the area and not even realising there's a hillfort there. We want to change that, and make sure it is preserved for current and future generations."

The council was granted a felling licence by the Forestry Commission in February 2021, over two years after submission of the application.

This licence permits the council to fell the entirety of the wooded area of the hillfort. However, as both a nature and climate emergency have been declared in recent years, and taking on feedback from concerned residents, it has been agreed to reduce the number of trees to be felled by almost half.

This may sound a lot, but most of these will be ash trees, which are all showing signs of ash dieback and are therefore highly likely to die.

Ash dieback poses a risk to ash trees across the country, and as a matter of public safety and to also reduce risk to the archaeological fabric of the hillfort, quick action is needed.

Felling will start in late autumn and continue throughout the winter.

Once the felling is complete these areas will be returned over time to the natural limestone grassland that once flourished, before many trees were planted in the 1820s by the then Lord of the Manor of Weston, John Hugh Smyth-Pigott. This will be achieved through collaborative efforts of volunteers and the council.

The Glade area in the centre of the hillfort will be expanded through tree felling to take in the eastern extent of the hillfort, which will result in increased biodiversity in the area.

Glades are incredibly important in a woodland setting as they offer a habitat different from the higher canopy. The sun can penetrate these areas and a diverse range of plants, insects and butterflies can thrive, provide refuge and food that is not available elsewhere.

The project will have strong links to the council’s rewilding programme, specifically in the management of the restoration of limestone grassland.

The council will be working with local partners including Weston-super-Mare Town Council, Weston Museum, the South West Heritage Trust and archaeological experts to create some exciting opportunities to get involved from volunteering to clear vegetation to uncover more of the hillfort to helping to create an exhibition to showcase its story.   Sam Astill, Head of Museums for the South West Heritage Trust said: “The proposed project will improve the management of one of the region’s most significant prehistoric sites and will engage new audiences with North Somerset’s heritage and history.

New research will improve our understanding of the hillfort’s use and development from the Bronze Age to the present day."

I truly believe we have now reached an intelligent compromise which ought to largely satisfy the diverse interests of our local community."

Bill Fraher, representing the Worlebury Hillfort Group said: “The new proposed basis for the lottery bid is a triumph for the future of Weston.”

A decision is expected on the funding application by the end of September.