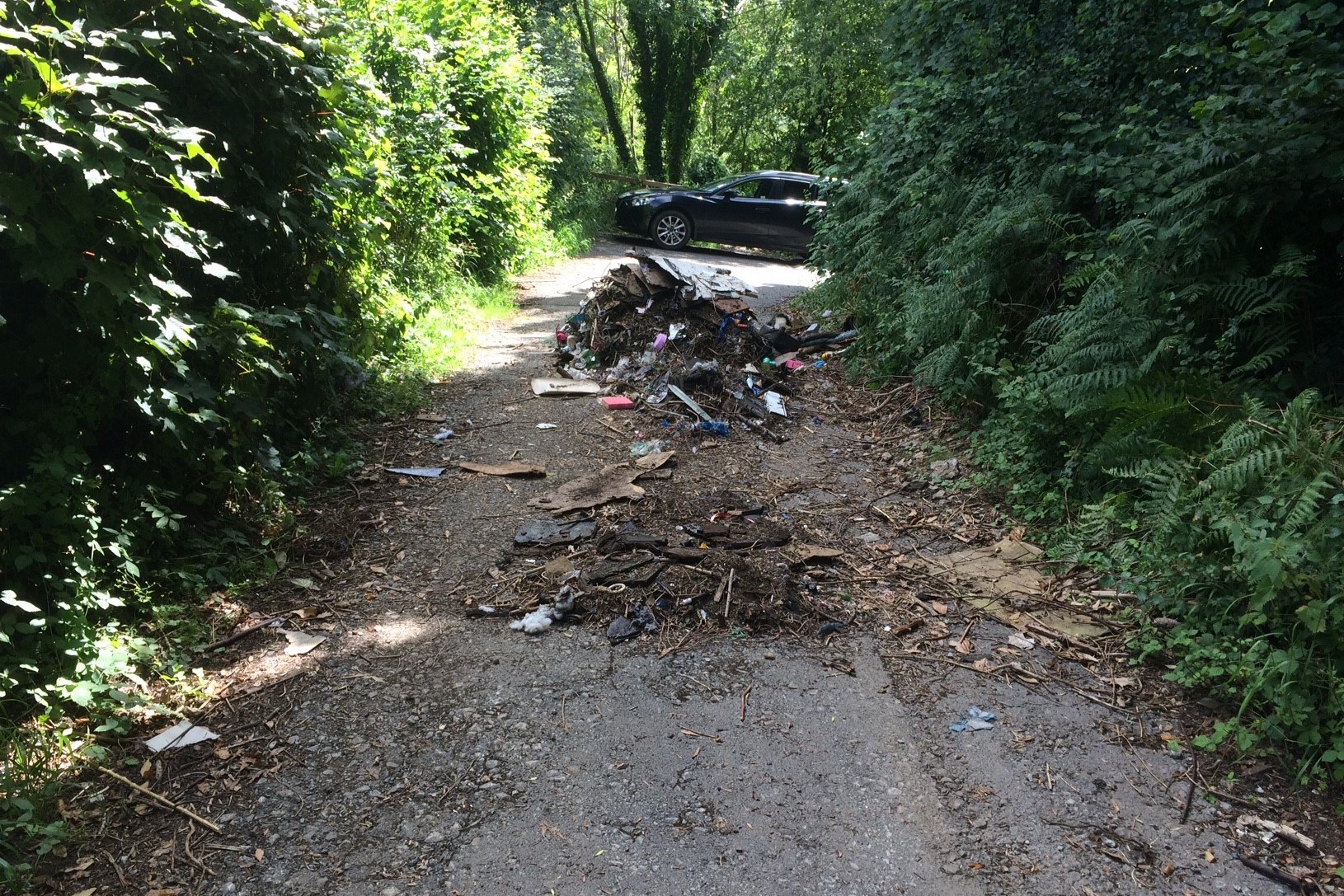 A Bristol man has been given a suspended prison sentence and ordered to pay costs of more than £2,000 following a prosecution for fly-tipping brought by North Somerset Council.

The fly-tipped waste consisted of mixed garden waste, roofing material, wood, cardboard, plastic and children’s toys. Both offences were recorded on CCTV in the area and, having obtained the vehicle registration number of the vehicle used, officers found that Mr Bowering was the registered keeper at the time the offence took place.

Due to the fly-tipped waste blocking the country lane where lighting was limited the offences were considered a high risk to road users and a deliberate act. This being the case, the District Judge referred the case to Bristol Crown Court for sentencing.

On 9 July Mr Bowering appeared at Bristol Crown Court for sentencing. He was sentenced to six months imprisonment, suspended for two years, and was ordered to carry out 200 hours of unpaid work and pay full costs to the council of £2,012.90.

When sentencing Mr Bowering, HHJ Patrick remarked: "You committed extremely anti-social offences, deliberately disposed of waste, went into a country lane and simply emptied it into the road. Any cyclist, car, pedestrian, horse rider would have been significantly affected by that. You did it once, the council cleared it up, then you went and did it again. It was thrown from the back onto the hedgerow. You deliberately chose exactly the same location. Clean up costs are modest but people who have paid for it are the people who pay council tax.“

Any breaches of the Court’s order have been reserved to HHJ Patrick.

Welcoming the outcome of the prosecution, Cllr Mike Solomon, the council's executive member for neighbourhoods and community services, said: “Fly-tipping is completely unacceptable and has a negative impact on our local environment, communities and, in this case, the waste posed a significant risk to anyone wishing to enjoy their local area.

"North Somerset Council will investigate all incidents of fly-tipping and issue fixed penalty notices or prosecute individuals when sufficient evidence is found.”

Follow these simple steps to make sure your waste is disposed of legally:

S - Suspect all waste carriers. Don't let them take your waste until they have proven themselves to be legitimate. A professional waste carrier should happily answer reasonable questions.

C - Check that a waste carrier is registered on the Environment Agency's website.

R - Refuse any unexpected offers to have your rubbish taken away.

A - Ask what will happen to your rubbish and seek evidence that it is going to be disposed of appropriately.

P - Paperwork must be obtained - a proper invoice, waste transfer note or receipt, including a description of the waste being removed and the waste carrier’s contact details.

Residents of North Somerset can dispose of their household waste at any of the council recycling centres at Backwell, Portishead and Weston-super-Mare.

Residents who find fly-tipped waste are encouraged to report it online to the council as soon as possible at www.n-somerset.gov.uk/flytipping.